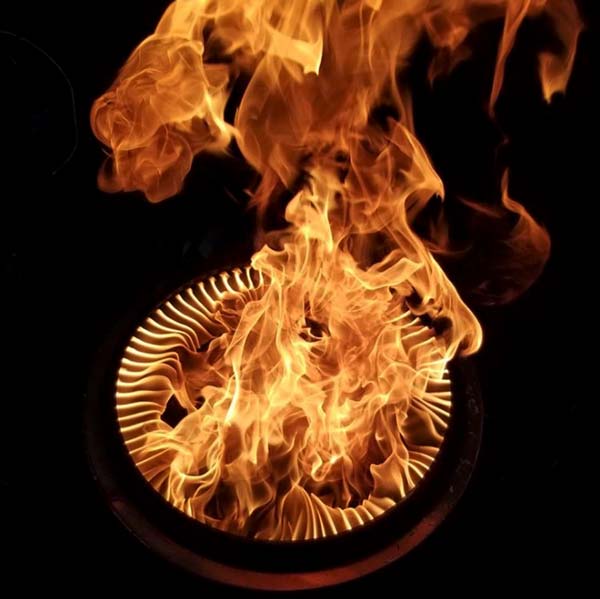 Everything You Need To Know About Primary and Secondary Burn

By Taysha Billinger and Carolyn Owen

You may have heard about this piece of Solo Stove’s Legacy: the “Secondary Burn”.

Maybe you’ve read about it on our website or saw it listed as a feature on the box your fire pit came in. But, what is it— and how does it exist? In short, it’s the key to making your flames smokeless. But that’s just scratching the surface– there are a few things you can learn to better understand what Secondary Burn is. Let’s get into it:

We know how annoying smoke can be when you’re trying to relax around a warm fire. From the lingering post-fire smell on your clothes to the teary eyes from getting too close to the dangerous amounts of creosote you inhale, smoke is a lot.

We also know how much a good fire can bring communities together, and smoke shouldn’t get in the way. Creating smokeless fires people can gather around became Solo Stove’s Legacy. Here’s how that legacy came to be:

When you ignite quality fuel, the process of “combustion” starts your flame. Combustion is a technical term for “burning”, and is what we identify as the Primary Burn.

The term “Signature 360° Airflow Technology” refers to what is happening between the walls of your Solo Stove Fire Pit. This process is crucial to having a hot, smokeless flame that can sustain itself. Here’s how it works:

First: Air is pulled through the lower burn holes and enters the burn chamber under the base plate to fan the flames from below. As a result, your flame will consistently grow in size and temperature due to the incoming air feeding the fire. Second: The Secondary Burn takes place, where the smokeless magic begins.

As your flames increase in temperature, so do your fire pit’s walls. In turn, the temperature of the air pulled from the lower vent holes also increases, and as we know, hot air rises. As soon as the air is super-heated, it moves to the top and quickly shoots out of the fire pit’s upper vent holes. This is where the Secondary Burn occurs: the ultra-hot air hits the flame’s smoke, and uses it as fuel, burning it up and contributing to the heat of your flame.

In short, lit firewood creates the primary burn. Smoke from the firewood combined with ultra-hot air creates a secondary burn, and the smoke disappears. Just like that, your flame is smoke-free and hot as ever!